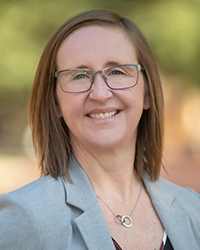 Dr. Hall played an integral role in the creation of the National Center for Spectator Sports Safety and Security and served as the Associate Director from 2006-2014. She continued to serve the institution through various leadership roles, including Interim Associate Dean of the College of Health, Chair of the Department of Economic Development, Tourism, and Sport Management, and most recently as Executive Associate Dean for the College of Business and Economic Development.

Dr. Hall’s expertise is in the area of sport safety and security management. She has published in leading international sport management, homeland security, and emergency management journals and has co-authored two textbooks – Sport Facility Operations Management and Security Management for Sports and Special Events. She has also authored several book chapters in sport facility and event management, crisis communications, and emergency response and recovery. Additionally, she has been invited to publish in national magazines such as Athletic Management, Athletic Administration, and Security Magazine. Dr. Hall has been referred to as one of the nation’s leading experts in sport security with interviews in USA Today, ESPN the Magazine, CBS New York, and also appeared on a live national broadcast of ESPN’s Outside the Lines. Dr. Hall was one of 150 experts from across the globe invited to attend the first International Sport Security Conference in Doha, Qatar. Dr. Hall has presented at international and national conferences, and conducted invited presentations for U.S. federal and state agencies, college athletic conferences, and professional sport leagues, including Major League Soccer (MLS).

Dr. Hall has been the principal investigator on external grant awards in excess of $4M. Funded projects included awards from the U.S. Department of Homeland Security to develop risk management curriculum for sport security personnel at NCAA institutions, conduct risk assessments at college sport stadia, and develop training programs for sport venue staff. Dr. Hall has also been involved in several service projects including the development of a risk assessment tool for U.S. sport stadia in conjunction with the Department of Homeland Security and International Association of Venue Managers; development of a disaster mitigation plan post-Katrina for the Mississippi Regional Housing Authority; and development of a sport safety and security system for a K-12 school district in Houston, TX.

Dr. Hall played soccer at Southern Miss from 1997-2001 and holds the record for most goals scored. She was inducted into the Southern Miss Sports Hall of Fame in 2013. She also captained the Northern Ireland International Soccer Team until her retirement in 2008. 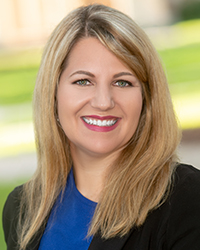 Lauren Cranford is the Director of Operations for the National Center for Spectator Sports Safety and Security. Her role is to manage and coordinate all NCS⁴ operations including, but not limited to, overseeing all grants, projects, budgets, and staff. She assists the executive director with development and implementation of programs, special events, and training sessions.

Cranford received her Master of Public Health Degree from The University of Southern Mississippi with an emphasis in Epidemiology and Biostatistics. She received her Bachelor’s degree in Community Health Sciences with an emphasis in Health Promotion. She is also a Certified Health Education Specialist through the National Commission for Health Education Credentialing. 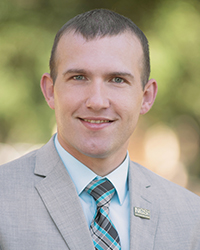 Director of Training and Exercise

Director of Training and Exercise

Daniel Ward is the Director of Training and Exercise at the National Center for Spectator Sports Safety and Security at The University of Southern Mississippi. In this role, he engages professional, collegiate, endurance event, and interscholastic safety and security professionals to meet industry training requirements, validate plans and processes, integrate solutions, and implement best practices. Ward is responsible for ensuring the NCS⁴ effectively connects the academic and operational communities, preparing practitioners for the current, evolving threat environment.

In addition to his role at the NCS⁴, Ward has served in the United States Air Force since 2006. He has held a variety of roles in planning, incident management and emergency response. Ward has led organizational preparation, mitigation, response and recovery efforts for a wide range of natural, technological and human-caused disasters. He has also developed and led chemical, biological, radiological and nuclear response teams. In his 15-year career, Ward has supported preparedness and response efforts domestically and throughout Southwest Asia and the Republic of Korea. Most recently, he served in theater in support of Operation SPARTAN SHIELD as an Emergency Management Superintendent, where he oversaw emergency management efforts at three locations across the AOR.

Ward has developed and headed emergency management plans and programs for multiple disciplines and organizations, applying best practice and experience to a wide range of incident and event management. He is an Anti-Terrorism Officer, a Hazardous Material Technician, and was awarded the international designation of Certified Emergency Manager (CEM®) by the International Association of Emergency Managers in 2013. He has a bachelor’s degree in Emergency and Disaster Management and a master’s degree in Business Administration. 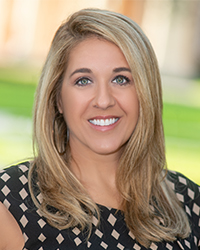 Brooke Graves is the Senior Training Manager at the National Center for Spectator Sports Safety and Security at The University of Southern Mississippi. She provides oversight for the training courses offered through NCS⁴. These duties include course and instructor scheduling, ensuring all targets are met, and maintaining the quality of each delivery. She also manages the trainer certification process, serves as the liaison for the Entertainment, Intercollegiate, and Interscholastic Advisory Committees, and leads the coordination and execution of the NCS4 awards for the annual conference.

Before her current role, Graves held a number of first responder roles in both the criminal justice and emergency medical systems. She was a Special Investigator for the state of Mississippi where she was deemed a subject matter expert in sexual abuse cases in the state court system. Most recently, Graves served as the Law Enforcement and Public Safety Instructor for the Hattiesburg Public School District. She was the mentor instructor for the state of Mississippi and was involved in developing curriculum and assessment material for the Law Enforcement and Public Safety curriculum.

Graves received her Bachelor of Arts degree in Criminal Justice and Behavioral Science from Tennessee Wesleyan University and her Masters of Science degree in Criminal Justice from the University of Cincinnati. She is a Nationally Registered Emergency Medical Technician and a trained forensic interviewer. She is a certified trainer for Community Emergency Response Teams. 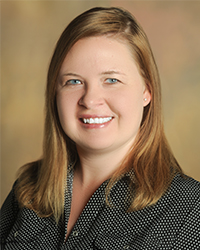 Traci Johnson is the Instructional Design Specialist for the National Center for Spectator Sports Safety and Security (NCS⁴). Her role is to design, develop, and deploy engaging learning activities and compelling course content for traditional classroom and eLearning training delivery programs. She collaborates with subject matter experts, instructors, and other design team members to ensure the accuracy and validity of the training design and methodology.

Before joining NCS⁴, Johnson was a Mississippi public school educator, having taught English and Language Arts in the Hattiesburg Public School District, as well as the Harrison County Public School District. Additionally, Johnson taught elementary and secondary Music abroad at International Schools located in both Jeddah, Saudi Arabia, and Jeju Island, South Korea, where she was heavily or solely involved in establishing, developing, and designing curriculum, instructional materials, and instructional methods for a variety of music classes within each school’s respective music department. 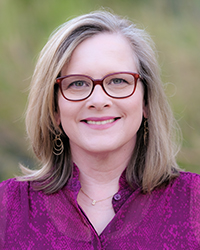 Sara Priebe is the Event and Membership Manager at the National Center for Spectator Sports Safety and Security at The University of Southern Mississippi. In this role, she executes planning and logistics for NCS⁴ events. Priebe is the contact for vendors interested in securing sponsorships and exhibits at all NCS⁴ events. She works to develop and implement membership plans, strategies and initiatives for current member retention and new member recruitment. She also provides customer service to vendors and Solution Partners as well as members and event attendees. In addition, she provides graphic design for NCS⁴’s communications pieces. 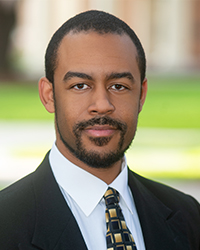 Jonathan Ruffin is a Training Manager at the National Center for Spectator Sports and Safety and Security at The University of Southern Mississippi. He provides oversight for the training courses offered through NCS⁴. These duties include course and instructor scheduling, ensuring all targets are met, and maintaining the quality of each delivery.

Before his current role, Ruffin served as Director of Internal Operations and Facilities at East Carolina University. In this role, he oversaw daily maintenance and management of multiple athletic venues and was the primary game manager for multiple sports. Prior to that, he was Director of Facilities and Events Management at the University of Louisiana Monroe. During his time in athletics, Ruffin has been part of several conference/regional tournaments and various on-campus special events. 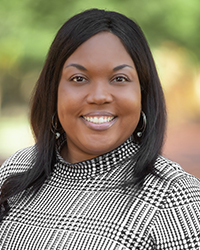 Tymika Rushing is the Business Affairs Manager for the National Center for Spectator Sports Safety and Security at The University of Southern Mississippi. She is responsible for overseeing the daily financial operations of NCS⁴, which includes coordinating processes in budgeting and compliance for grants and externally funded projects, contractual amendments, and various fiscal responsibilities. Her role is to provide comprehensive financial management to include, but not limited to, budget planning, forecasting, compliance, and financial reporting.

Before joining NCS⁴, Rushing was a Contracting Specialist at the NASA Shared Services Center (NSSC) and for the past 6 years, worked as a Grants & Contracts Coordinator within the Office of Research Administration at The University of Southern Mississippi. 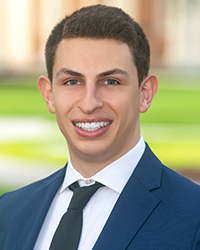 Jonathan Stanford is a Training Manager at the National Center for Spectator Sports and Safety and Security at The University of Southern Mississippi. He provides oversight for the training courses offered through NCS⁴. These duties include course and instructor scheduling, ensuring all targets are met, and maintaining the quality of each delivery.

Before joining NCS⁴ as a Graduate Assistant in 2021, Stanford received his Bachelor’s Degree in Business Management from the University of Colorado Colorado Springs. During his time in Colorado, he served as Philanthropy Director, Greek Life Programming Director, and was a delegate on the Interfraternity Council for his fraternity of Alpha Sigma Phi. With raising thousands of dollars and performing hours of community service, his fraternity went on to win two Grand Senior President’s Cups, which is the highest award a fraternity can achieve. Stanford received an MBA with an emphasis in Sport Event Security Management from The University of Southern Mississippi in December 2022. 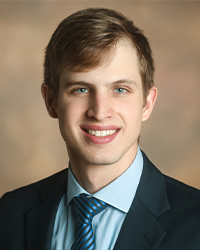 Enzo F. Ferreira is a Graduate Assistant for the National Center for Spectator Sports Safety and Security, assisting mainly with research. Before joining NCS⁴, Ferreira earned his bachelor’s degree in Sport Coaching Education with a minor in Sport Management from The University of Southern Mississippi. During his undergraduate studies, he had the opportunity to experience intercollegiate athletics, serving as a Student Manager for the Southern Miss Softball team. A Brazil native, Ferreira also volunteered as an International Student Ambassador, sharing his experience at Southern Miss and helping the international student community with the application process and adaptation at the university. 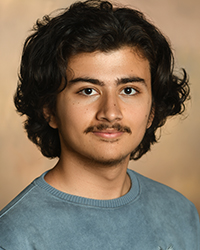 Aayush Gautam is the Web Developer for the National Center for Spectator Sports Safety and Security. He is an international student from Nepal currently working on his undergraduate degree in Computer Science and Physics at USM. He likes building things, be it apps or engineering projects, and always looks forward to learning new things. 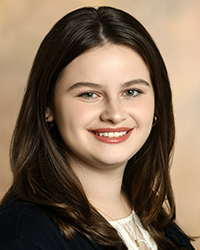 Natalie Williams is a Graduate Assistant for the National Center for Spectator Sports Safety and Security, where she assists with event planning and marketing. Before joining NCS⁴, Natalie received her Bachelor of Science in Business Administration from the University of South Alabama. Natalie is currently pursuing a Master’s degree in Business Administration at The University of Southern Mississippi.